It’s been a few weeks since I’ve blogged about #MakeoverMonday. But I’m back for this week. This week we’re looking at interesting dataset by the Fraser Institute who is responsible for determining and measuring the economic freedom of every country in the world. This is no small task. They score them on 5 different metrics

Each is scored on a 10-point scale which is then averaged into a Summary Index. And the summary index is the focus our makeover.

What could be improved

So as I started playing around with this dataset, one of the first things I noticed is that between 1970 and 2000, they only released new scores every five years. From 2000 and on, they released new scores each year. I think that’s a good place to start. Because as I think about it, it is probably difficult to move the meter from one year to the next but show change over a 15 year period might be more insightful.

As I was playing around with this, I had an idea of a dot plot that came from the Big Book of Dashboards 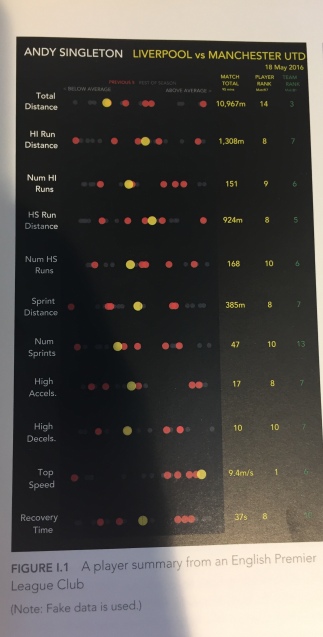 Where, in this example, each dot represents a match with the most recent being yellow, the five prior matches are read and all prior matches are dark grey. This is a great way to show a lot of data but only highlight relevant data.

How the world is moving towards living longer for #makeoverMonday https://t.co/jcHy7yNUsV really needs motion, come on @tableau pic.twitter.com/iW8mRmIazw

And gave me the idea to animate my viz. And this is what it looks like

When I tweeted this gif out, I gave a h/t to Matt and he made a great observation.

Really like this use of motion to show the ebb and flow of countries. https://t.co/TtwYDH3sBX

But I wasn’t completely satisfied with this visual so I went back to the drawing board and back to the original to see how I could further improve it.

As I stated above, I’m not sure the map is necessary here. Except for maybe looking to see if there’s a geographical trend, which when I first look at the map, my eyes are drawn to the larger countries first then I look color.  And the color in the original map corresponds to the 2015 ratings where I would like to see the overall change from 2000 to 2015. Plus I want to see all those tiny countries just as easily as the China’s and the Russia’s of the world.

Now one thing that’s interesting is the that it appears that all of Africa is bad (in 2015) but have they been improving over the past 15 years? That question led me to make the decision to group countries by continent.

And instead of including all 15 years, I opted to narrow it down to just the two years of 2000 and 2015. I calculated the difference between those two years and encoded that difference with color. For the shape, I checked to see if the difference was positive or negative and selected the appropriate shapes.

I really like how this turned out and how the dot plot looks like arrows, further driving home the point of the visualization:

Which countries have improved the Economic Freedom since 2000. 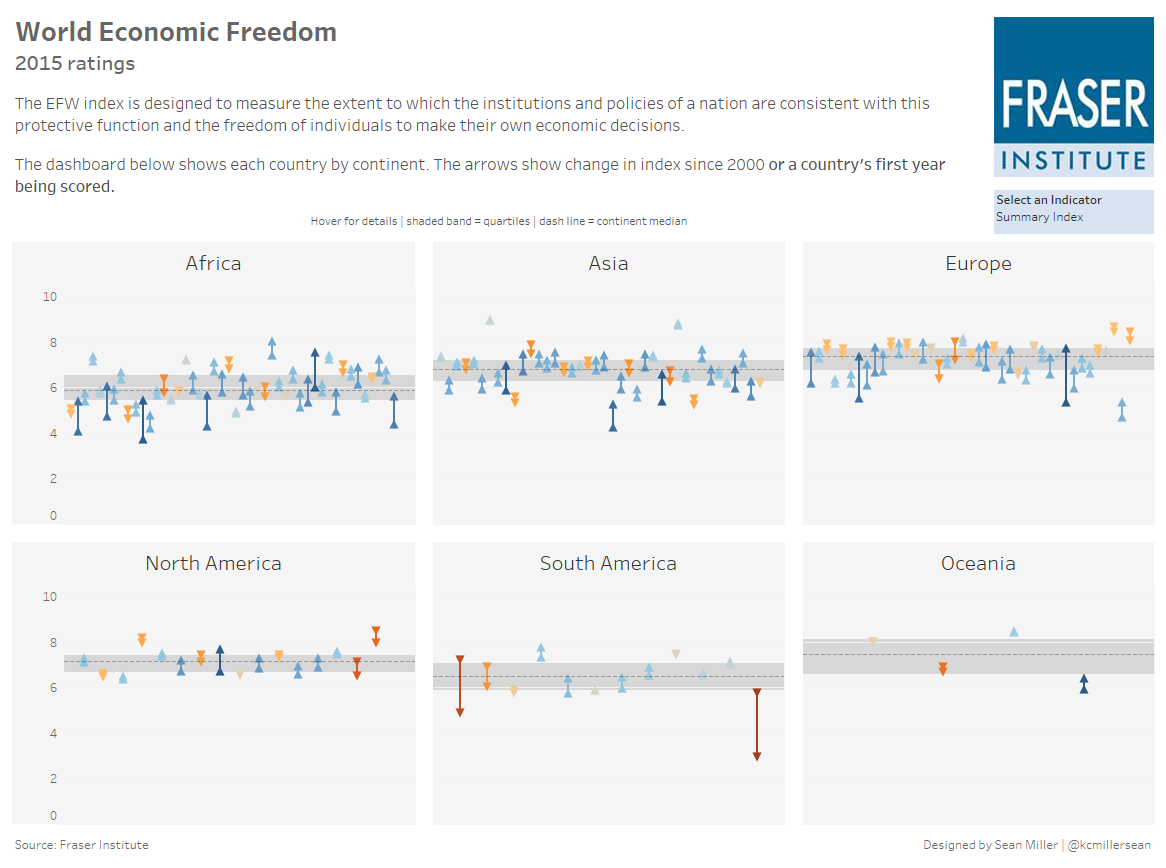 Noticed how nice and tiled this? This dashboard is just begging for a mobile layout, so I quickly threw this Device Designer and created a mobile version is that is long and skinny but still look beautiful. #TiledFTW